Read the inspiring stories of Aridja and Salawa Emmanuel, two girls who continue learning despite the crises that impact access to education in their countries, the Democratic Republic of Congo and South Sudan.

Aridja from the DRC: A new space for learning 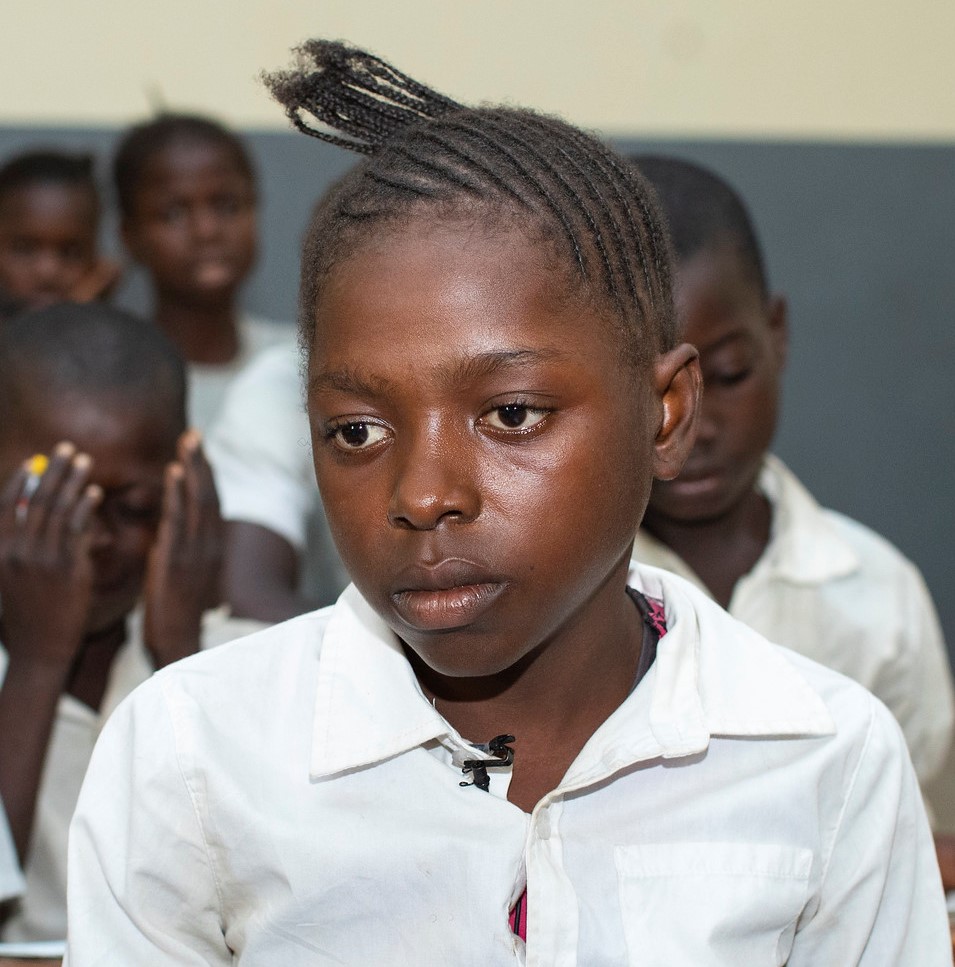 “Before [the school] construction, we were studying in very bad conditions—in sheds, without seats, no toilet, no water—and when it rained, we had to go home.”
Aridja, 11-year-old student

Aridja attends Esinumbi Primary School in Kindu, Maniema province. She describes what so many children in the Democratic Republic of Congo (DRC) have been experiencing as they try to learn in damaged or destroyed schools.

Congolese students and teachers across DRC have had to endure difficult learning conditions in school buildings that were falling apart due to lack of investment, the impact of armed conflict, or natural disasters.

“Once schools are being destroyed, ransacked, burnt, these children will find themselves out of the school system. The population will not be able to live in peace,” says Jean-Pierre Yoy Bokete, Director of Education, Maniema province.

Since 2020, a US$20 million GPE emergency grant has helped rebuild and equip schools in eight provinces most affected by crises, including Esinumbi School where Aridja and her peers are now able to learn in a brand-new classroom.

By the end of 2022, a total of 444 schools will have been renovated or rebuilt, improving learning environments for thousands of 6- to 17-year-old Congolese students. School construction is complemented with learning materials for students and capacity building for teachers.

“The new classrooms make it easier for me: first, I see a beautiful building. I have a large blackboard to write on. When I teach, children can follow easily. (There are) no distractions anymore. Children have seating spaces,” says Mubwana Aimedi, a teacher at Esinumbi School.

Enrollment in the supported schools has increased thanks to the improved buildings and equipment more conducive to learning.

Salawa Emmanuel from South Sudan: A chance to learn 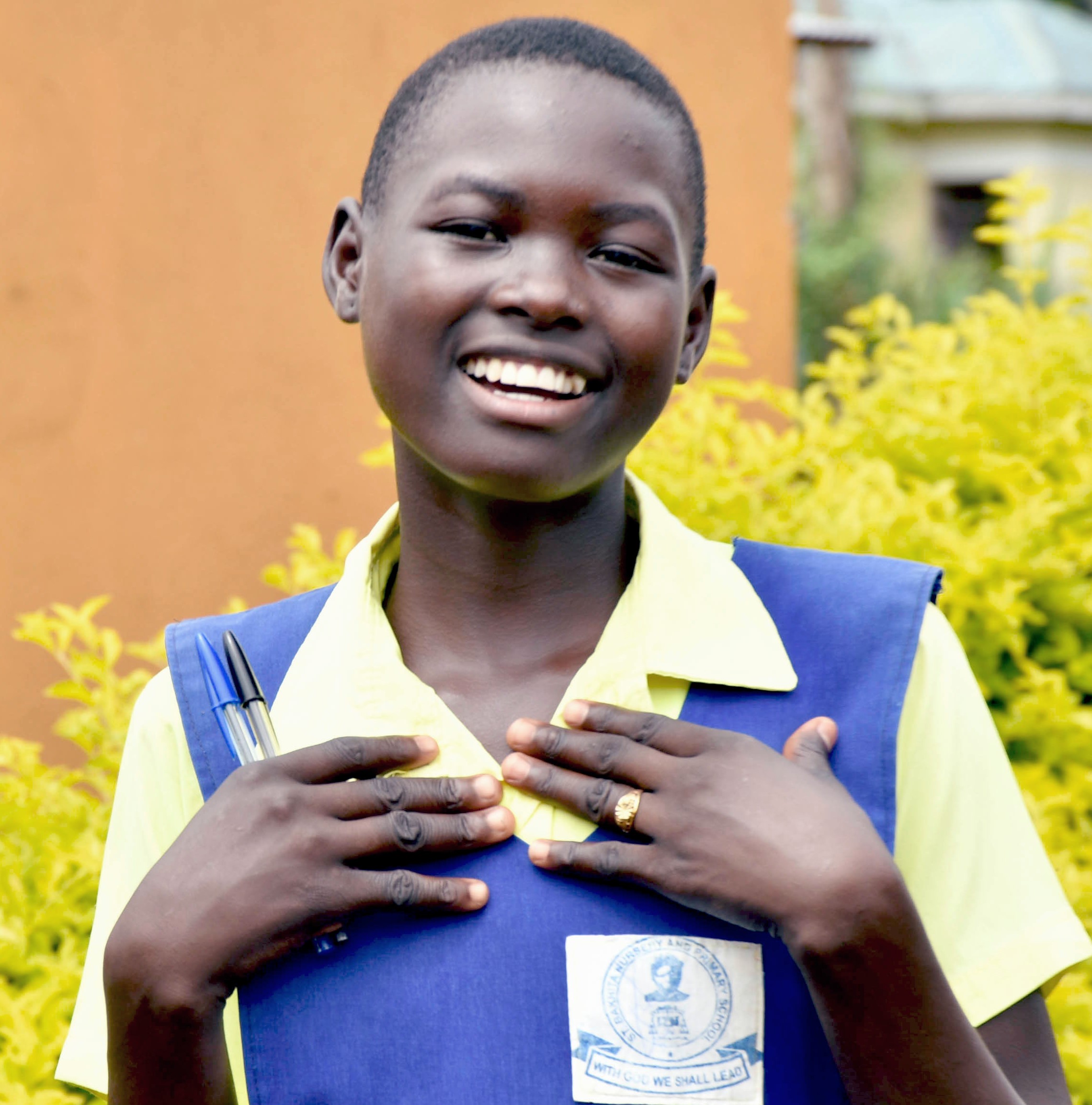 “I was out of school for about a year in 2013. There was a war, and many things drew people from school, so they closed it.”
Salawa Emmanuel, 16-year-old student

Salawa is one of millions of students in South Sudan who have faced great barriers to setting foot in a classroom. The country has one of the world’s highest proportions of out-of-school children, with about 3 in 5 children who have either never attended school or dropped out.

Protracted conflict has been the education system’s greatest strain. When South Sudan gained independence in 2011 after years of conflict, there was hope that the country would be free of violence. But conflict erupted again in 2013 and 2016, killing thousands of people and displacing millions.

Since 2013, more than 150 schools have been used for military purposes and a third of all schools had suffered some form of attack.

“During conflict, education helps the country, the community, to keep up to date with information. When pupils come to class, it helps to take their focus away from the sound of gunfire and from taking part in criminal activities,” says Kutio Wilson Martin, a science teacher at Mongbondo School.

While a peace agreement was reached in 2018, ongoing incidents of sub-national violence combined with climate shocks, like flooding, and school closures triggered by the COVID-19 pandemic, continue to threaten access to education.

GPE is helping the government of South Sudan implement interventions to reduce the number of out-of-school children by 15%, including through data collection, classroom construction, new textbooks, and teacher training.

“During and after conflict, the goal of education is to build a peaceful society, to bring up good citizens of South Sudan,” says Adam Gabriel, a teacher at St. Bakhita School. “Last year, our enrollment was 1,222 and this year it has reached 1,300. As we speak, parents are still coming to register their children.”

November 21, 2022 by Sarah Beardmore
5 key takeaways from COP27 for the education movement
With clear and multidirectional links between education and climate protection, the potential for education to ensure sustainability and mitigate the impacts of climate change is undeniable. Here are 5 key...
November 21, 2022 by Rachel Landers, and Cathrin Jerie
A LEAP in evidence-based innovation for education
How to address the need for evidence-based innovation in education by empowering researchers, social entrepreneurs and education organizations to work together.
November 17, 2022 by Rasha Alsabbagh
Syria: A promising future for Ameer
To help children with disabilities access education in Syria, GPE and UNICEF supported non-formal education programs that helped reach hundreds of them. Ameer, who was born blind, shares his journey to...
END_OF_DOCUMENT_TOKEN_TO_BE_REPLACED