Vanuatu: Tackling the impact of natural disasters by building a resilient education system “The cyclone came and broke parts of the school, at the kindergarten and class 1 and 2. It broke some of the double-story classrooms, and took out some of the roofing from class 4B,” explains 11-year-old Paolo, a student at Santo East School.

Paolo’s school was among the approximately 885 schools that were partly or entirely destroyed on April 6, 2020, when tropical cyclone Harold, the second most powerful cyclone on record to hit Vanuatu, made landfall. The cyclone caused widespread damage of infrastructure and livelihoods, and nearly 51,000 students and 2,400 teachers were directly affected.

Located in the Pacific Ring of Fire, Vanuatu faces frequent earthquakes and volcanic eruptions, and is highly vulnerable to the impacts of climate change. The annual cyclone season, regular droughts and floods also make this country one of the world’s most vulnerable to natural hazards, which pose a constant threat to the continuity of education.

As well as the aftermath of the cyclone, Vanuatu has been dealing with the effects of the COVID-19 pandemic. Although the country had experienced only a handful of reported cases of infection, the government temporarily closed schools in 2020 to protect vulnerable populations and avoid a possible spread, which would compound the already significant challenges posed by the cyclone. 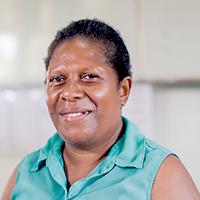 “When the children stayed home it affected us teachers too. We were given short notice to create home learning packages for the students.”
Janet Bong
Primary school teacher, inclusive education model school, Freswota

These recent crises have underscored the importance of better preparation for similar emergencies and potential school closures.

In 2020, GPE allocated two grants to Vanuatu: the country received just under US$500,000 in accelerated funding to support the education system’s recovery from the cyclone and $750,000 in accelerated funding to address the challenges of the COVID-19 pandemic as well as preparedness for future crises that might necessitate school closures. In 2021, Vanuatu received a further $3 million from GPE to consolidate its efforts to support education continuity during and after disasters.

The programs supported by GPE’s accelerated funding are aligned with the Tropical Cyclone Harold Education Emergency Response Action Plan, developed by Vanuatu’s Ministry of Education and Training in collaboration with the Education Cluster, and were designed to be complementary. Coordinating the program initiatives with national and international responses also ensured that efforts were not duplicated.

With GPE’s support, more than 7,600 teaching and learning materials have been distributed to preschools damaged by the cyclone so that the early education curriculum can continue to be taught.

These materials include posters, teacher resources, story books and learning games for at least 70 early childhood education centers. To promote equity, children with disabilities have been provided with adapted versions of these materials.

Furthermore, at least 83 primary schools affected by the cyclone are being provided with water tanks, ensuring hygienic practices, and helping to prevent the spread of COVID-19 and safeguard the health of students. 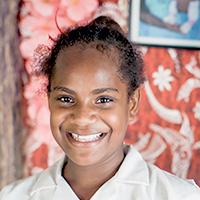 "When we went back [to school], there was hand washing and a lot of children obeyed the rules of social distancing."
Rosabelle
7-year-old student, Pango Primary School

A focus on bolstering at-home learning and inclusive education

When children and caregivers have access to home-schooling materials and proper guidance, they are more likely to continue learning during school closures. They are also better prepared to come back to school once facilities reopen. 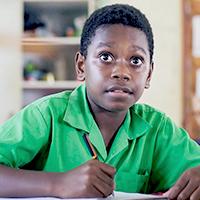 “The teacher gave us a home-school package, because parts of the school were destroyed. My mom helped me learn to talk English and do some of my work.”
Paolo
11-year-old student, Santo East School

With this in mind, the GPE COVID-19 grant complements the ministry and UNICEF’s efforts to create home-school packages for preschool and primary school children. By adapting these materials to the needs of children with disabilities, in the form of Braille, large print and audio versions, the program also focuses on the most vulnerable students.

A chance for children with disabilities to learn 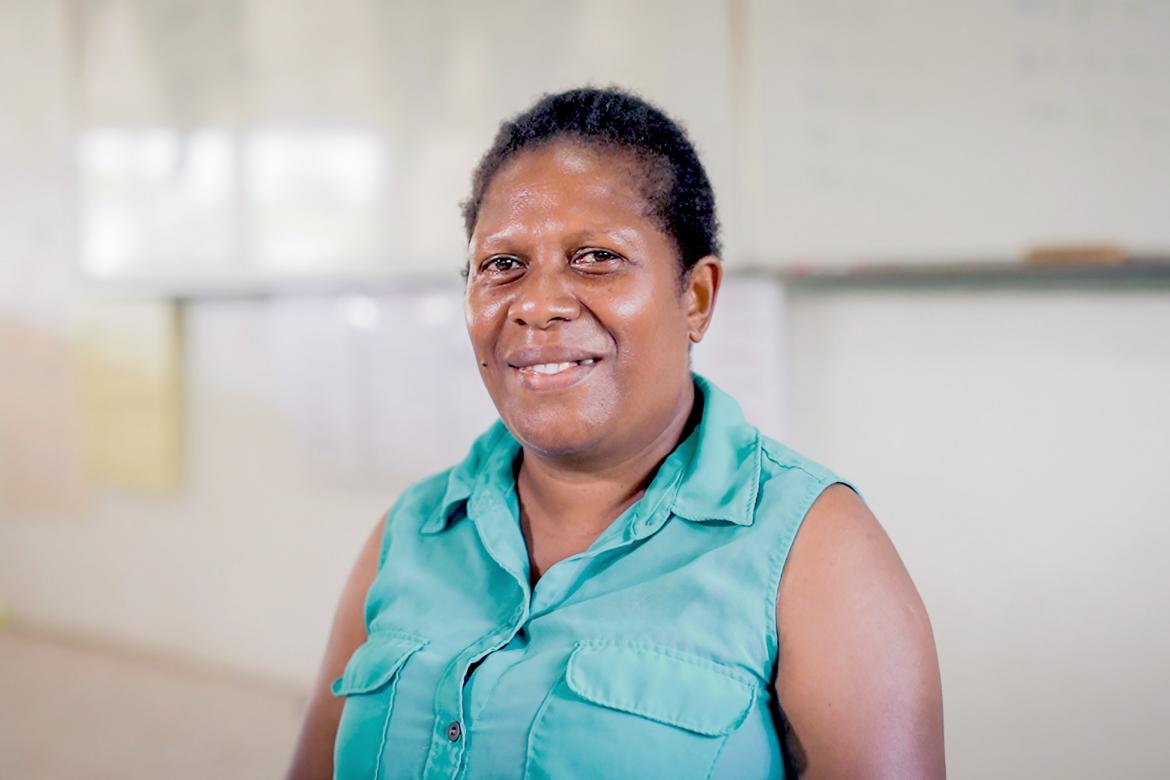 Meet Janet Bong, from Vanuatu, a primary school teacher since 2002. Janet is the first teacher to be hired by the education ministry to work with children with disabilities.
Credit: GPE/Arlene Bax 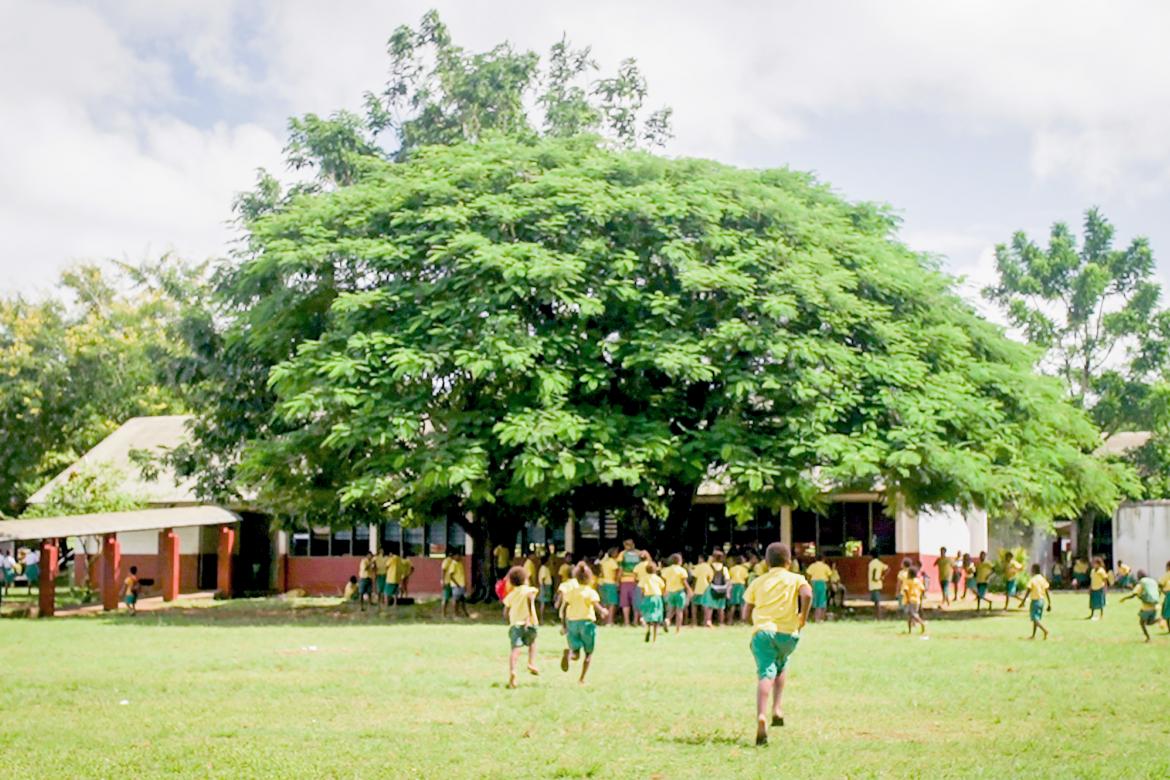 In Vanuatu, most children with disabilities miss out on education, making them the most vulnerable students in the country.
Credit: GPE/Arlene Bax 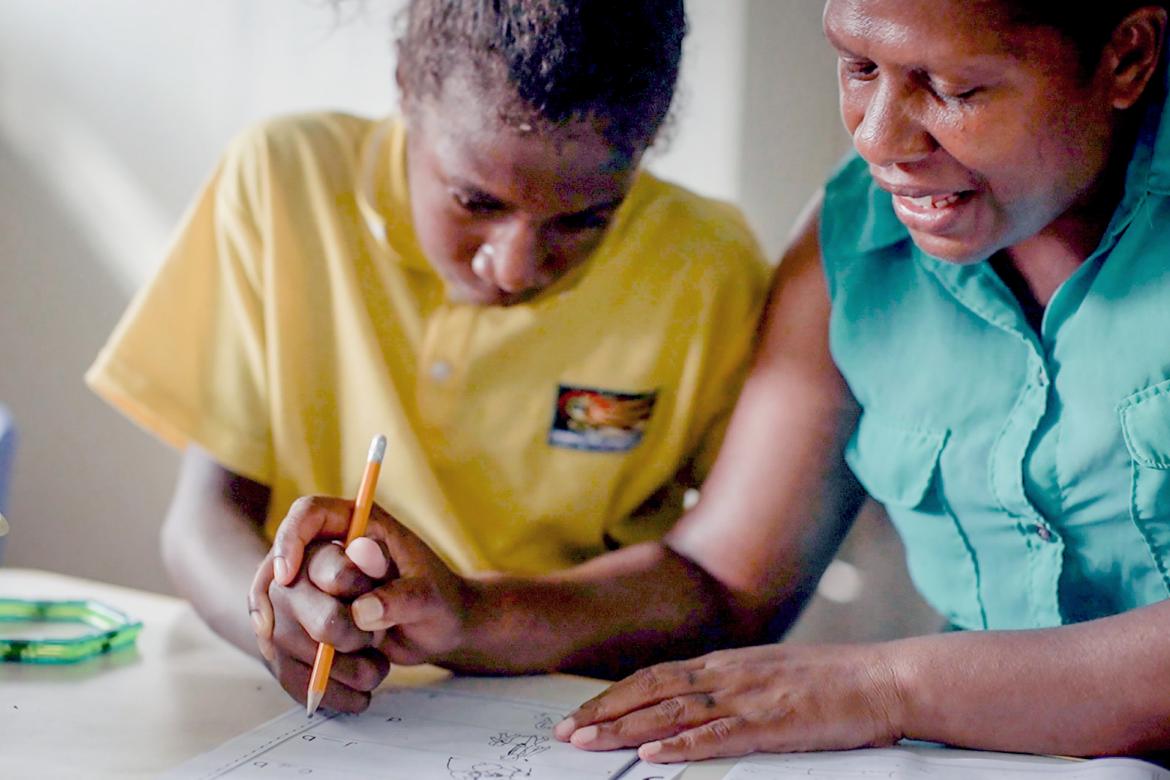 Janet underscores the importance of every child receiving a quality education: “All children have a right to go and learn in a school; they have a right to education.”
Credit: GPE/Arlene Bax 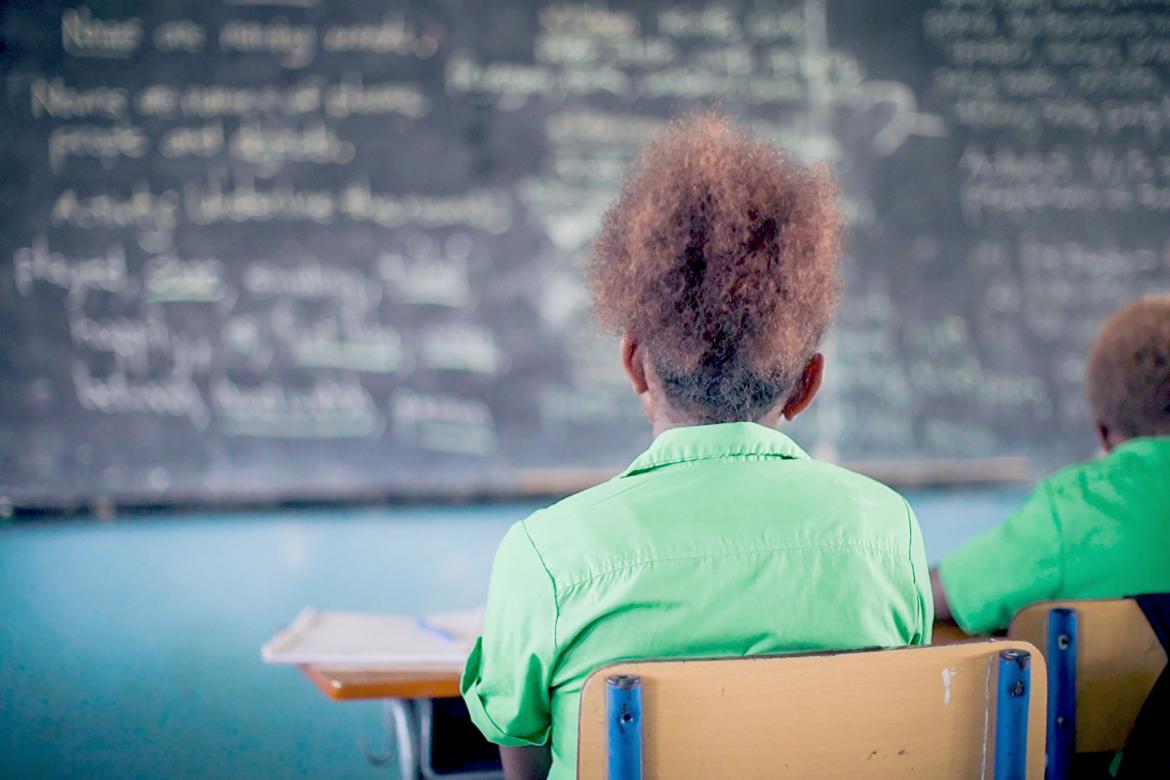 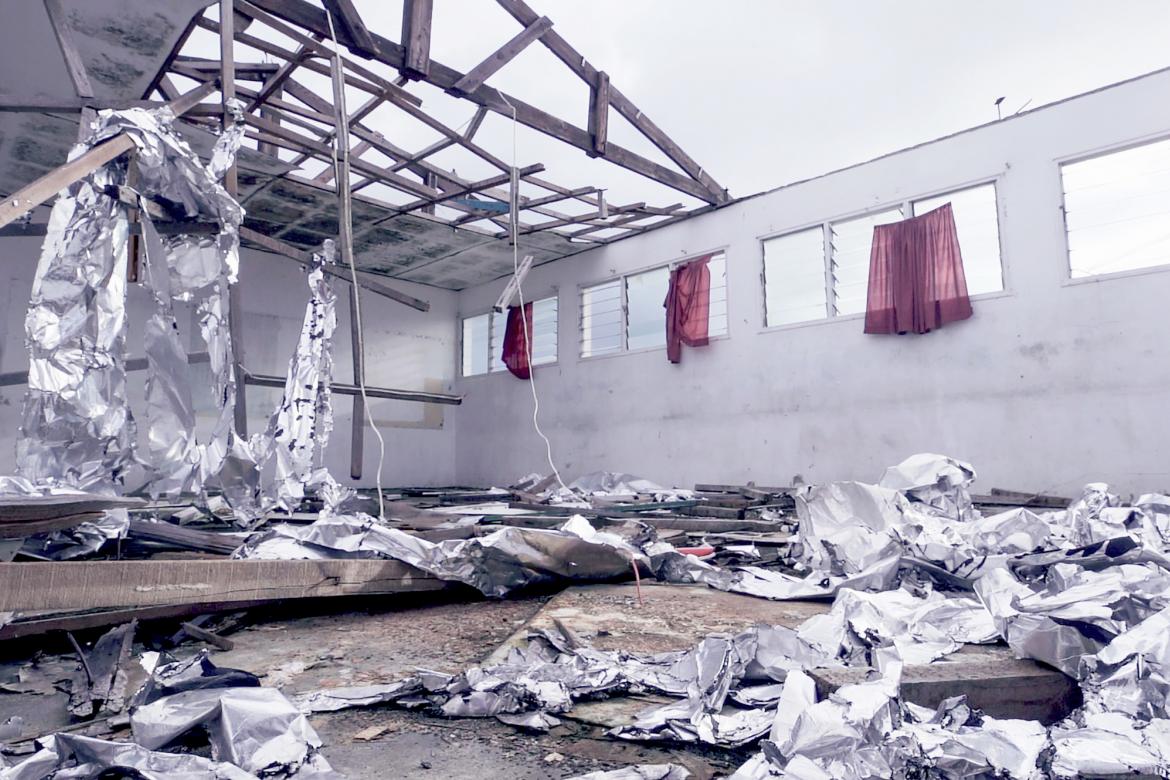 The devastation caused by tropical cyclone Harold in 2020 combined with the effects of the COVID-19 pandemic have exacerbated the education challenges faced by children with disabilities.
Credit: GPE/Arlene Bax 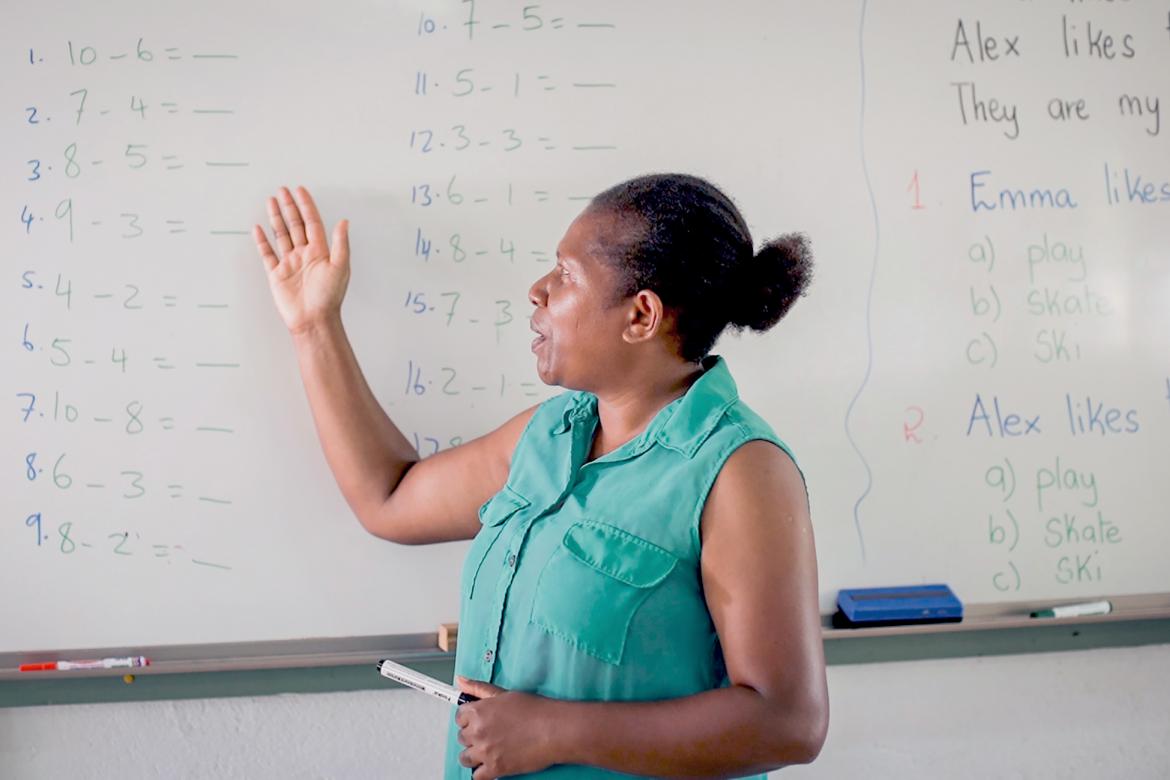 “The disasters really disturbed the learning of the children, but the help from us teachers and the parents has been good. We have encouraged them and said: ‘When a disaster or incident happens, it is not the end of everything.’ We must make some small activities to build back their morale and confidence, so when it is time to go back to school, they feel prepared to return.” Janet
Credit: GPE/Arlene Bax 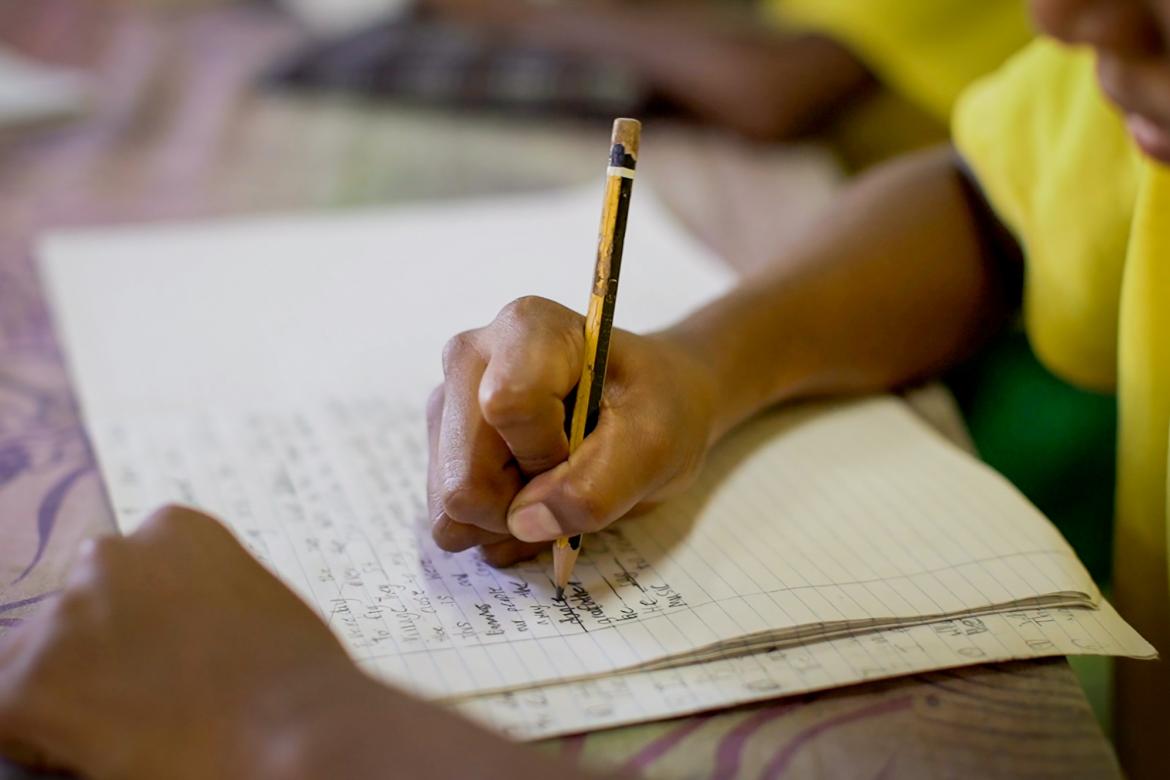 With the support of a US$3 million grant, GPE is supporting the government of Vanuatu remove some of the barriers to inclusive education.
Credit: GPE/Arlene Bax 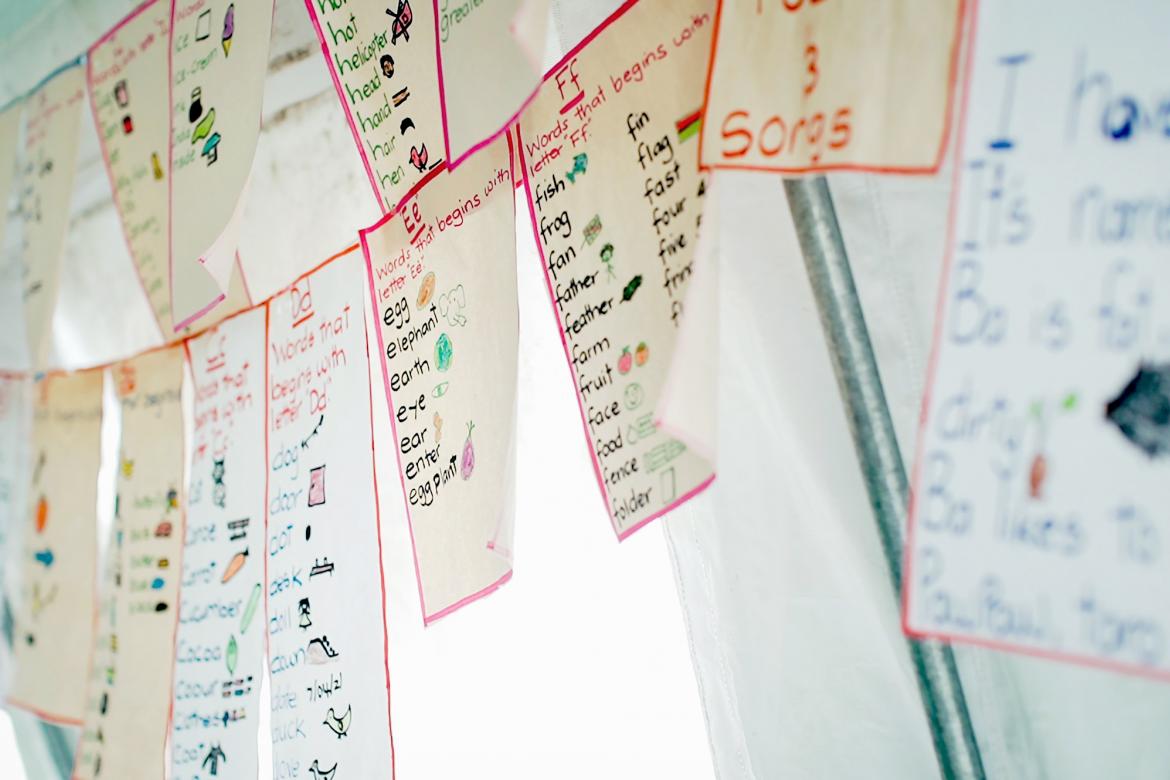 These initiatives are building the foundation for a more inclusive education system. Now more children with disabilities in Vanuatu will have the opportunity to learn.
Credit: GPE/Arlene Bax
01 10

GPE funding is also supporting the production of radio and SMS lessons to accompany the home-schooling packages. The lessons will be available in the three national languages, promoting inclusive and effective home learning practices.

Broadcast lessons that emphasize inclusion, psychosocial support and child protection while also allowing for quick adapting to changing response messages are also being developed. When finalized, these will be uploaded to the ministry’s website for rapid use in future emergencies.

Parents play a key role in supporting their children’s learning, and GPE is supporting the production of home-school guidelines for caregivers. These guidelines are designed to be easily understood by caregivers with low literacy levels, and include messages on how to support effective home schooling for children.

“I want to say thank you to GPE. This funding has come at the right time, as a lot of schools have not yet received their first [grant] tranche for 2021. It has also helped the schools to improve their wash stations.”
Joplin Tambe
Finance Officer, Ministry of Education and Training

In addition to the two emergency grants, Vanuatu has received US$3 million to consolidate its efforts to support education continuity during and after disasters. This grant supports the country to ensure that schools continue to provide a safe learning environment, operate effectively, and are prepared to support students in the event of further closures.

The GPE-funded program will run until 2023 and is ensuring that:

GPE’s support to Vanuatu is helping the government mitigate the risks of school closures due to emergencies such as natural disasters or pandemics. By building a resilient education system, Vanuatu will be better prepared to ensure its children do not stop learning. 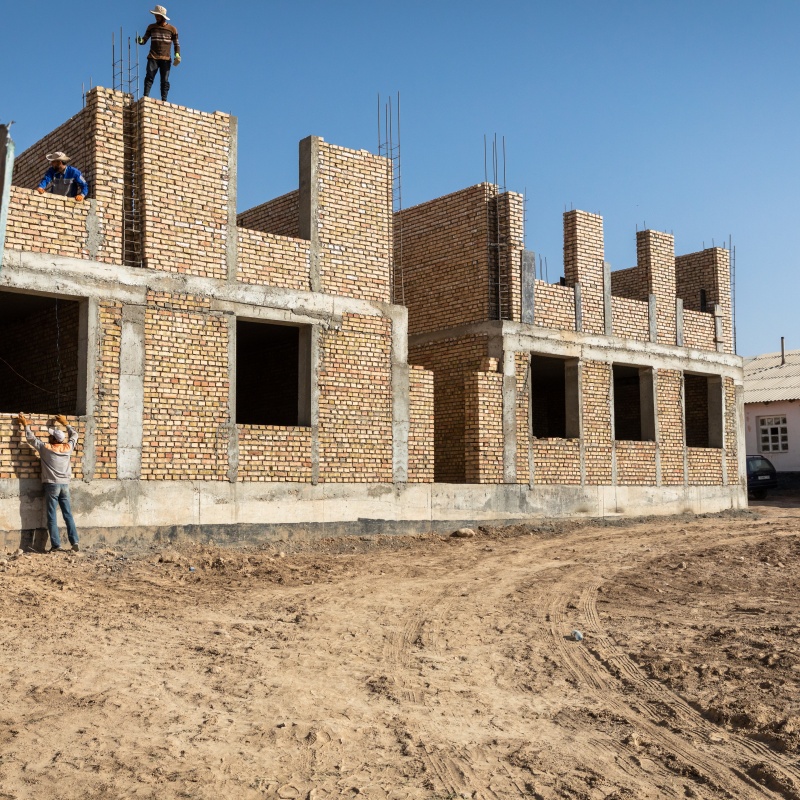 Tajikistan: A new school is set to transform learning 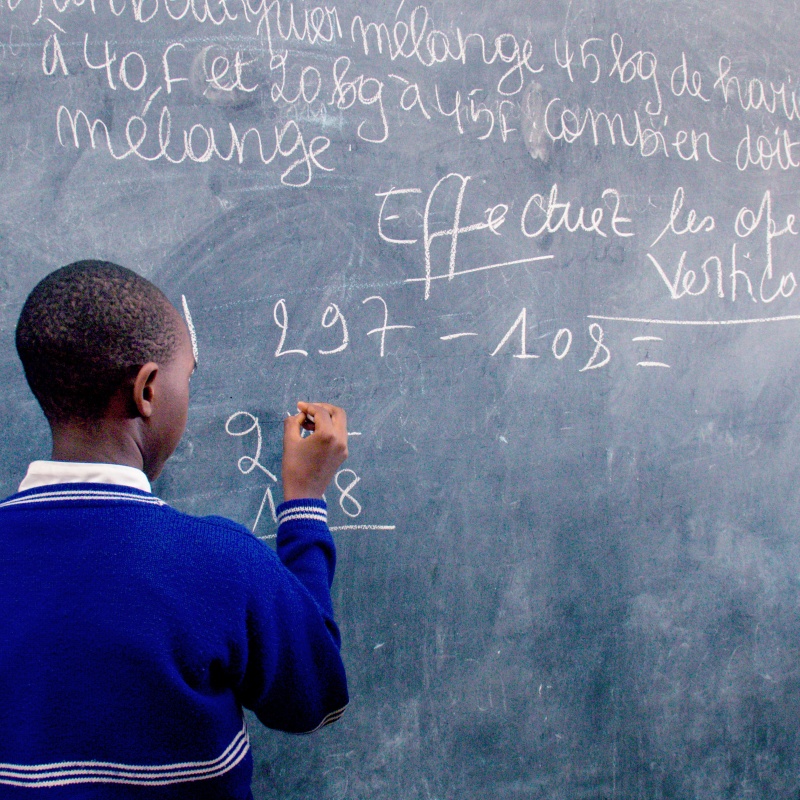