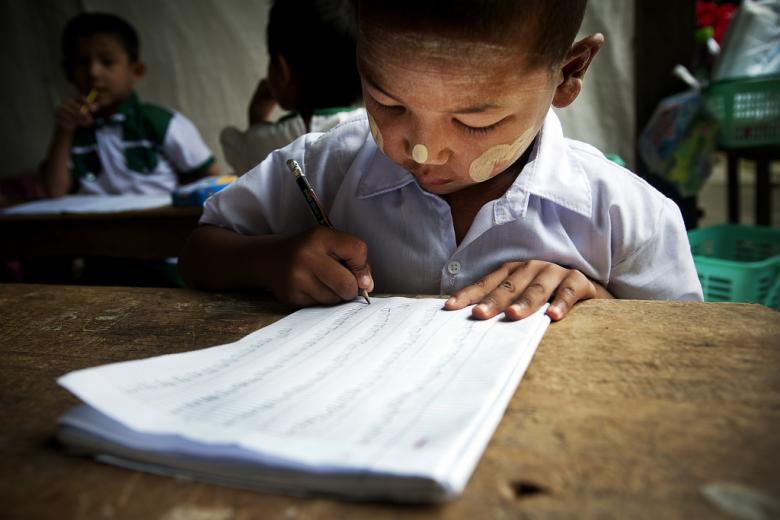 The US$11 million COVID-19 grant supports:

These initiatives are based on the Ministry of Education’s COVID-19 response plan.

In late March 2020, the UNICEF office in Myanmar received a GPE grant of US$140,000 to support the Ministry of Education in setting up an online communication mechanism with 18 sub-national offices for improved response planning and coordination.

The grant was used also to set up an online platform to train teachers on the new curriculum prior to school re-opening.

Following the start of the country’s various reforms in 2011, public funding for education has significantly increased, leading to an important rise in access. The primary net enrollment rate (NER) increased from 88% in 2009-10 to 93 percent in 2014-15.

The National Education Strategic Plan (NESP) 2016-21 was developed as a result of a nationwide comprehensive education sector review, which started in 2012. The NESP represents an important milestone for education in Myanmar, as the country’s very first education sector plan in the context of a major transition towards democracy.

To accompany the NESP, a multi-year workplan and a monitoring and evaluation framework were created. The first multi-stakeholder annual performance review took place in August 2017, and the second in June 2018.

The group benefits from high-level leadership at the ministry of Education and is co-facilitated by development partners (currently chaired by Australia and UNESCO, with also the Asian Development Bank, Denmark, DFID, EU, Finland, Germany, Japan/JICA, Switzerland, UNICEF and the World Bank).

International NGOs (Save the Children, VSO) and two local civil society groups (MyMe and Ratana Metta) are active members of the group.

January 19, 2022
Persistent education disparities underscore new urgency to achieve SDG 4 in Asia-Pacific
A new state-of-education report conducted by UNESCO and UNICEF in the midst of the COVID-19 pandemic analyzes achievements, current setbacks and what it will take to ‘build back better’.
February 01, 2021
What the first ever large-scale assessment in Southeast Asia tells us about learning in the region
The results from the Southeast Asia Primary Learning Metrics (SEA-PLM)—a new regional large-scale student learning assessment program, designed by and for countries in Southeast Asia—were released in...
August 17, 2020
Displaced children need education support in a language they understand
Lessons learned from mother tongue-based multilingual education can lead the way.
Sign up for email alerts 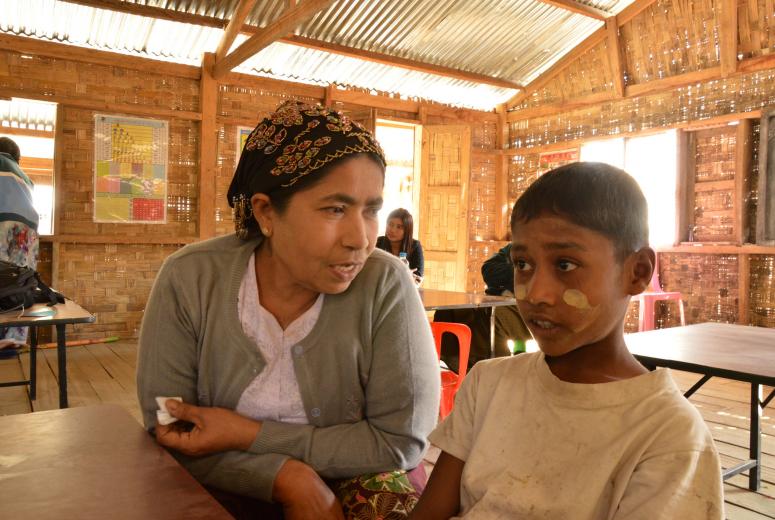 As pupils from classes 1 to 5 study in the same classroom, the teachers have to juggle several levels at once, moving from one group to another. Myanmar.

The program supported by the US$73.7 million grant aims at improving basic formal education service delivery in disadvantaged townships through school plans/school grants, and at developing and implementing a continuous professional development (CPD) system. It has 4 components:

The grant's results-based portion (US$24 million) is tied to outcomes in equity, efficiency and learning:

The country also received US$14,700,000 in accelerated funding. The objective of the program is to help crisis-affected girls’ and boys’ access safe, quality, and inclusive education that promotes their continuous learning and wellbeing.

The program activities include:

All amounts are in US dollars.

As part of its investment in civil society advocacy and social accountability efforts, GPE’s Education Out Loud fund is supporting Girls Not Bride to mobilize an advocacy alliance across multiple partner countries, including in Myanmar, for the 2021-2023 period.

GPE had provided the National Network for Education Reform (NNER) with a grant from the CSEF to support its engagement in education sector policy dialogue and citizens’ voice in education quality, equity, and financing and sector reform.